Re-house is the solution you need if you want to save money on electricity, think about the climate and environment and improve your living standard by use of renewables. It will reduce the use of paraffin and other unhealthy energy sources and electricity consumption, reuse well-functioning components and recycle materials. Looking at the 17 Sustainable Development Goals, this solution will be a contributing factor on 9 of the 17 goals.

Re-house consists of solar panels, batteries and a solar water heater. The solar panels are reused panels from Europe and America and can be bought approximately 70 % cheaper than new ones. The solar water heater consists of a reused radiator and a tank connected to the radiator. It will require some local welding work to connect these two. The radiator warms up the water, which will be stored in the tank. The price of the system will be less than half of a new one by using reused materials and it will be payed back after five years with a profit for the house owner. 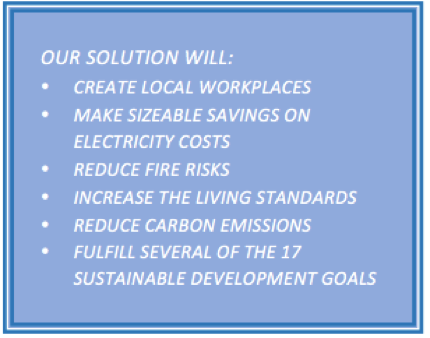 This solution roadmap will be created for low-cost houses in Durban, which is the third biggest city in South Africa. In these low-cost houses, electricity is the main form of energy used, however paraffin, wood, coal and gas are also used as energy sources by almost half of the households, which is unhealthy and contain a constant fire risk. The use of different energy sources than electricity, indicates that many households cannot afford electricity for the entire month. [2]

We will be focusing on making an affordable energy efficient solution for low-cost housing in this city challenge. Our focus will be how these houses can be constructed to energy efficient standards, including renewables. In the solution we will be using solar energy to supply the consumption in the low-cost houses, so the electricity cost for the house-owners will be reduced sizeable. This also means they do not need to use paraffin, wood, coal or gas as a secondary energy source. By taking into account that the people living in the houses have a low income and no stable job, another focus points will be how the solution can create stable jobs for these local people, and reuse materials at a lower price.

Our solution consists of a solar panel which is placed on the roof of the house. The panel is connected to a battery so the families can use the energy even in the dark hours. Furthermore, we will place a solar water heater on the roof which makes it possible for the families to have hot water without heating it on the stove or kettle. Other than electricity, people are using firewood or paraffin to heat up their water which is inefficient and can result in a lot of fires around the city. It is also unhealthy to use these types of energy sources.

A law states that producers of PV panels from EU and America must make their own take-back recycling system or join a PV recycle compliance company [6].

Due to this law, it will be favorable for South Africa to create partnerships with the PV producing companies around EU and America. This partnership will make it possible to buy the PV panels cheaper and would make the solar panels approximately 70% cheaper than normal solar panels. [7]

To calculate how many solar panels is needed for a household, the consumption will be taken into account.

Each household get 60 kWh/month for free [8]. It corresponds to:

This means, that the solar panel need to produce 4 kWh/day or more. If they produce more, the price of the free kWh can be used to install the system.

A regulation for energy usage in buildings [9] advise, that buildings are facing north if possible. This means that the rooms that are used the most, bedrooms and living rooms should be on the northern side of the building to make the best use of the heat of the sun in winter. We assume that the largest side of the house is facing north and suggest putting up the solar panels on this side.

We assume that the roof of the northern side of the house have an area of 30m2. We suggest using at least eight panels with a size of 1,7m2. This is approximately the standard size of panels used in Europe.

The area of the total solar panel system is then 13,6m2.

The efficiency of a new solar panel is usually around 15% [10], but the panels we suggest for this solution is reused panels. Usually panels are taken down after 15-20 years, this means that the efficiency of these panels are reduced with 15-20% from the originally 15%.

To calculate the annual energy delivery from the solar panel we use an online tool [11].

At first, we calculate the system size:

When the panels are placed on the roof different things can cause losses e.g. dust, heat and shadow from clouds and trees. The overall loss is calculated to 33,4%.

From this the annual energy from the panels are calculated to be 2109 kWh/year.

This is approximately 5,77 kWh/day. It is above the needed capacity, which is why this solution will include batteries for storage of the energy.

The placing of the solar panels on the roof influence how much energy that can be produced.

It is seen in the picture above that the highest intensity is facing the panels north. It will reach an intensity of 100 % in the noon of the day. But placing the panels on the east and west side of the roof will give an intensity up to 75% during most of the day.
Which solution you will choose, depends on how the roof is placed. There can be advantages in both ways, because the peak value of facing north is bigger than the peak value of facing east and west, but when it is east-west, you have a steady intensity during most of the day.

If the solar panels face north the intensity of the solar energy will look like:

The peak of intensity will reach about 100 % and this is the choice our solution is based on.
If the house is placed, so the roof is facing in the east-west direction instead of north-south, there can be installed solar panels on both sides of the roof, and then the intensity curve of the solar energy will look like the picture below:

The two peak values are when the sun is at its highest regarding the west and east side of the roof.

This could be an advantage because an average family have the biggest consumption in the morning and evening. With the house turned like this, the battery storage could be lesser compared to the roof turning directly north.

To secure that the remaining energy can be stored, we suggest five 12V 100Ah batteries. The batteries’ depth of discharge is approximately 50 %, so the batteries can store:

The control of the charging system containing the batteries and the solar panel can easily and cheaply be controlled with a raspberry pie.

A solution for water heating could be a solar hot water supply system. This solution can reduce the use of electricity and paraffin. Furthermore, this solution can create local workplaces.

The system consists of a radiator and a water tank, which is placed on the roof of the house. The tank is getting filled up with cold water from the plumping system. From the tank there is a connection to the radiator. The water will then run inside the radiator, which is painted black, and then it is heated up inside. Afterward the water is running back inside the tank again. Because cold water is heavier than hot water the hot water will float on top of the cold inside the tank. On the topside of the tank there is an outflow to the house and the families can now get a hot shower or safe energy on boiling water.

The advantage of this solution is that you do not need any extra pumps.

Because of this solution, the families will now only use electricity to heat water when cooking. Here you see how much energy needed to heat 2 liters (2 kg) of water 40 degrees from 60 to 100, this is based on the heated water from the tank.

We assume the water is heated in a pot on a stove, the losses on this is 70%, this is considered:

The solar water heater eliminates the need to heat water for showering, dish washing and so on and it will save a huge amount of energy on boiling water for cooking.

Without this solution the annual energy consumption used for heating water is 3400 kWh [5].

By this the annual consumption on 3400 kWh would be markedly reduced.

The specific price of the system is hard to tell. A new system with a tank of 200 liters cost approximately 16.000 Rand [14]. The price of only a 200 liters water tank is approximately 1.300 Rand [15]. For the radiators we suggest a partnership with the Danish Department of Environment. They control recycling depots where old radiators are being dropped. With a partnership, it should be possible to get these radiators shipped to Durban for a low price. We suggest a similar partnership with other countries throwing functional radiators away.

This means that the system can be made much cheaper than a new system. Besides that, it would be possible to make local workplaces where the system is being assembled with both water tank and radiator.

Price of the system

Here is a price estimate of the equipment for installation.

It can be quite expensive to install the system, but looking at the savings on electricity, it has major economic benefits. If the components used to the system are new, the price of the entire system would be more than twice as expensive. If the solution provides 2109 kWh every year from the solar panels, and the equipment last for at least 10 years, it will be payed back after 8,75 years based on the equation below.

This means that the system will have a payback time of 8,75 year

Small details can improve and upgrade the solution.

By replacing light bulbs with energy saving bulbs, you can reduce the yearly consumption by 357,3 kWh.

Advantages of the solution 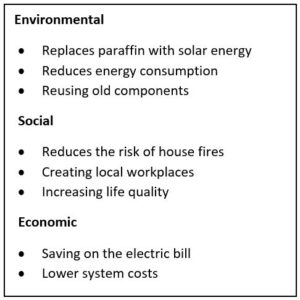 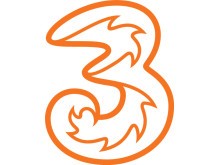 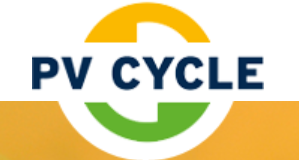 Figure 14: 3 is a Danish mobile company and they own a lot of cell towers that have batteries for back up. We recommend this partnership for reusing the batteries from the cell towers.

Figure 17: This is the Danish Ministry of Environment that handles the recycling depots. We recommend this partnership for reusing radiators.

Besides that, the solar water heater will reduce their consumption of water heating.

In the table in figure 18 we can see what the ratio of usage in lighting and cooking is.

By our solution we can remove the use of paraffin for lighting and cooking and only use electricity. The electricity will be generated from the solar panels, which makes it an affordable energy efficient solution.